During art week the children learnt about the life of Vincent Van Gough. They focussed on one of his most famous paintings called ‘Starry Night’ and tried to paint in the style that he did to recreate their own version of the painting.

The children have worked really hard to create an exiting story about ‘The Dragon Slayer’, which was based upon a digital literacy clip. They watched the video and innovated the story they wrote so that their versions were about slayers of another kind, for example ‘The Dinosaur Slayer’ or ‘The Mammoth Slayer’. Here are two fantastic examples of the children’s stories. 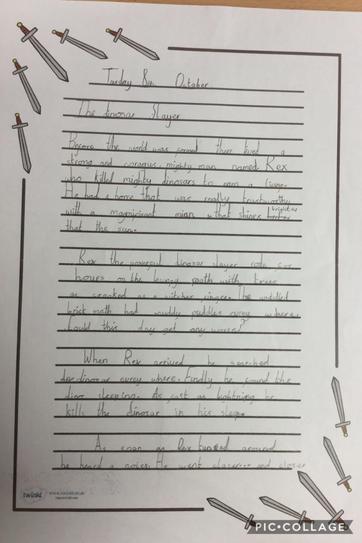 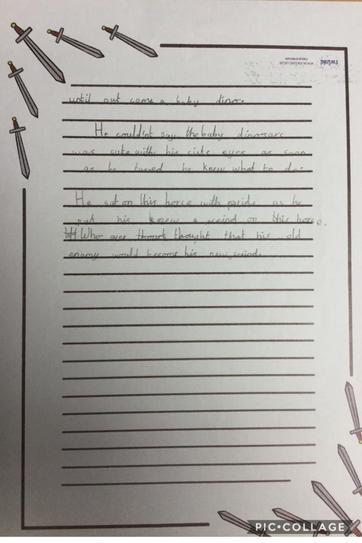 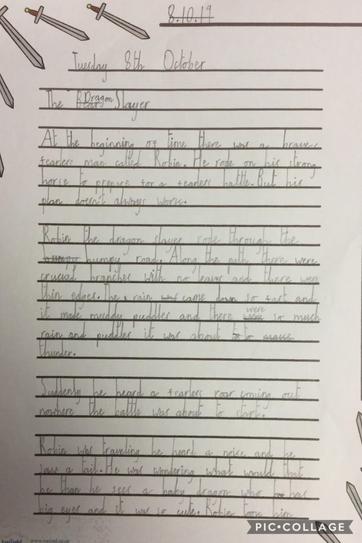 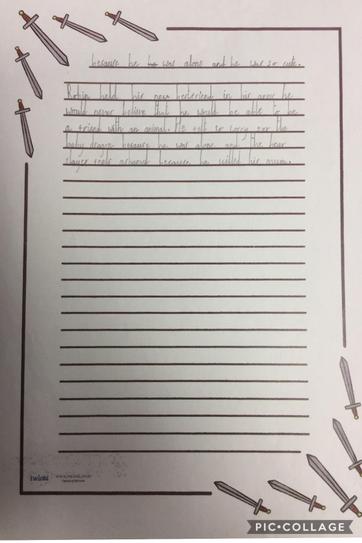